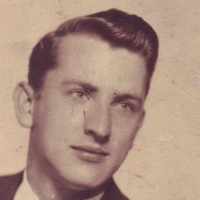 The Life of Archie Edward

Put your face in a costume from Archie Edward's homelands.

The voting ballet from September 13, 1920 included a veto referendum that would give women the right to vote in the presidential elections. The referendum won, with 88,080 votes (74.30%) supporting the change. This resulted in women from Maine being among the first in the country to obtain suffrage.
1941