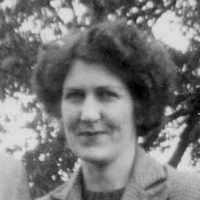 Put your face in a costume from Agnes Helen's homelands.

The Neutrality Acts were passed in response to the growing conflicts in Europe and Asia during the time leading up to World War II. The primary purpose was so the US wouldn't engage in any more foreign conflicts. Most of the Acts were repealed in 1941 when the Japanese attacked Pearl Harbor.
1 Scottish: habitational name for someone from the French city of Bordeaux, from a reduced form of the Old French adjective bordelais.2 Iranian: from the Persian personal name or epithet barlas ‘brave man of noble stock’, from Mongolian barlas ‘brave’, the name of the Mongolian tribe of which Tamerlane's father was a member.3 Greek: perhaps a nickname from Aroumin (a language related to Romanian, spoken in Greece) bărliv ‘tormented’, ‘long-suffering’, from Bulgarian bŭlivŭ ‘ill’.