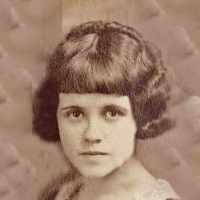 The Life of Theressa Belle

Put your face in a costume from Theressa Belle's homelands.

The first of many consumer protection laws which ban foreign and interstate traffic in mislabeled food and drugs. It requires that ingredients be placed on the label.
1909 · Garden of the Gods Park

In 1879, railroad tycoon, Charles Elliott Perkins bought 240 acres whrere The Garden of the Gods is located, and planned to use it as a summer home. Perkins died in 1907 before he could establish it as a public park. Perkin's children donated the now 480 acres to the city of Colorado Springs, to become a public park.
1918 · Attempting to Stop the War

Irish: Anglicized form of Gaelic Mac Cearbhaill or Ó Cearbhaill ‘son (or descendant) of Cearbhall’, a personal name of uncertain origin, perhaps from cearbh ‘hacking’ and hence a byname for a butcher or nickname for a fierce warrior.