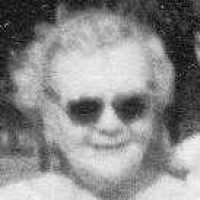 The Life of Maude

Put your face in a costume from Maude's homelands.

A landmark decision of the U.S. Supreme Court upholding the constitutionality of racial segregation laws for public facilities if the segregated facilities were equal in quality. It's widely regarded as one of the worst decisions in U.S. Supreme Court history.
1910 · Battleship USS Delaware Commissioned

"The USS Delaware was commissioned on November 10, 1910. This was ship number six that had been named after the """"first state."""" It was top of the line but during WWI never saw battle."
1919 · The Eighteenth Amendment

1 English, German, Dutch, and Jewish (Ashkenazic): nickname for a lively person or for a traveling entertainer, from an agent derivative of Middle English, Middle High German springen, Middle Dutch springhen, Yiddish shpringen ‘to jump or leap’.2 English: topographic name for someone who lived by a fountain or the source of a stream, Middle English spring ‘spring’ + the habitational suffix -er. The same word was also used of a plantation of young trees, and in some cases this may be the source of the surname.