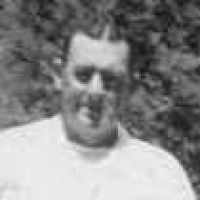 The Life of Guy

Put your face in a costume from Guy's homelands.

Like the Boy Scouts of America, The Girl Scouts is a youth organization for girls in the United States. Its purpose is to prepare girls to empower themselves and by acquiring practical skills.
1922 · Women Granted the Right to Vote

The 19th Amendment, which allowed women the right to vote, was passed and became federal law on August 26, 1920. Georgia law prevented women from voting until 1922. The amendment wasn’t officially ratified until 1970.
1935 · The FBI is Established

English: variant spelling of Chetwode, a habitational name from a place in Buckinghamshire named Chitwood, from Celtic cēd ‘wood’, with the tautological addition of Old English wudu when the old name was no longer understood.