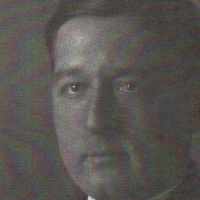 The Life of Raymond Dewey

Put your face in a costume from Raymond Dewey's homelands.

This Act set a price at which gold could be traded for paper money.
1900 · Governor Shot

On January 30, 1900 Governor William Goebel of Kentucky was assassinated. He took a bullet to the chest, outside the Old State Capitol. He died on February 3, 1900.
1913 · The Sixteenth Amendment