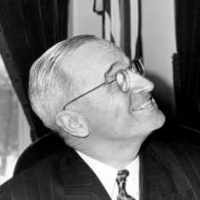 The Life of Harry S

Put your face in a costume from Harry S's homelands.

The Statue of Liberty that is in France is identical to the one that sits in New York. The Statue was sent over from France. It symbolizes the alliance between the two countries. The French have nicknamed it the Laboulaye Lady
1907 · Not for profit elections

1 English (mainly East Midlands): variant spelling of Trueman .2 Jewish (from Latvia): habitational name for someone from a Latvian village, the Russian name of which is Trumany.3 Possibly an Americanized spelling of German Trumann, a variant of Trautmann .