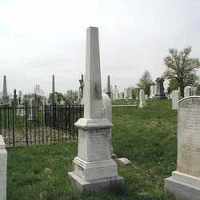 The Life Summary of William Stephen

Put your face in a costume from William Stephen's homelands.

During the War of 1812, on August 24, 1814, the British troops invade Washington D.C., they set fire to the Capitol, the President's Mansion, and other landmarks. The most famous story that comes from this event is that Abigail Adams saved the portrait of George Washington from the flames in the President's House.

US Congressman. He represented Virginia's 21st District (now defunct) in the Twenty-Fourth and Twenty-Fifth Congresses, serving from 1835 to 1839. Morgan was born in Monongalia County in what is now …