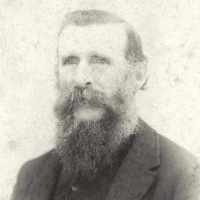 The Life of Judson Erwin

Put your face in a costume from Judson Erwin's homelands.

Being a monumental event in the Texas Revolution, The Battle of the Alamo was a thirteen-day battle at the Alamo Mission near San Antonio. In the early morning of the final battle, the Mexican Army advanced on the Alamo. Quickly being overrun, the Texian Soldiers quickly withdrew inside the building. The battle has often been overshadowed by events from the Mexican–American War, But the Alamo gradually became known as a national battle site and later named an official Texas State Shrine.
1838 · Orders No. 25 Removes Cherokees

A small group of Cherokees from Georgia voluntarily migrated to the Indian Territory. The remaining Cherokees in Georgia resisted the mounting pressure to leave. In 1838, U.S. President Martin Van Buren ordered U.S. troops to remove the Cherokee Nation. The troops gathered the Cherokees and marched them and other Native Americans from North Carolina, Tennessee, and Alabama along what is now known as “The Trail of Tears.” Approximately 5,000 Cherokees died on their way to Indian Territory.
1853

1 Scottish and English: topographic name for someone who lived on high ground or by land where hay was grown, from Middle English hegh, hie ‘high’ or heye ‘hay’ + land ‘land’.2 Irish: Anglicized form of Gaelic Ó hAoileáin, a variant of Ó Faoláin ( see Whelan ).3 Swedish: possibly an ornamental name based on Greek hulē ‘wood’ + land ‘land’.