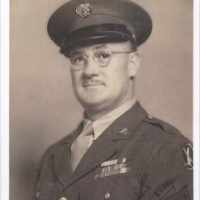 The Life of Henry Archibald

When Henry Archibald Twine was born on 18 April 1894, in Tottenham, Middlesex, England, United Kingdom, his father, Herbert Clark Twine, was 23 and his mother, Margaret Ellen Callaghan, was 25. He married Evelyn Margaret Taylor on 4 September 1918, in St. Thomas, Ontario, Canada. They were the parents of at least 1 son. He died on 5 August 1972, in Phoenix, Maricopa, Arizona, United States, at the age of 78, and was buried in Phoenix, Maricopa, Arizona, United States.

Put your face in a costume from Henry Archibald's homelands.

The Entente Cordiale was signed between Britain and France on April 8, 1904, to reconcile imperial interests and pave the way for future diplomatic cooperation. This ended hundreds of years of conflict between the two states.
1916 · The First woman elected into the US Congress

English: metonymic occupational name for someone who made string or thread, from Old English twīn ‘thread’, ‘string’.