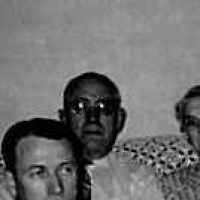 The Life of Edward Alfred

Put your face in a costume from Edward Alfred's homelands.

The Oregon Historical Society was founded on December 17, 1898, for the “collection, preservation, exhibition, and publication of material of a historical character, especially that relating to the history of Oregon and of the United States.”
1913 · The Sixteenth Amendment

1 German and Dutch: from Middle High German meier, a status name for a steward, bailiff, or overseer, which later came to be used also to denote a tenant farmer, which is normally the sense in the many compound surnames formed with this term as a second element. Originally it denoted a village headman (ultimately from Latin māior ‘greater’, ‘superior’).2 Jewish (Ashkenazic): from the Yiddish personal name Meyer (from Hebrew Meir ‘enlightener’, a derivative of Hebrew or ‘light’).3 Irish: Anglicized form of Gaelic Ó Meidhir, from meidhir ‘mirth’.