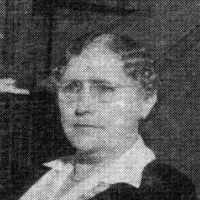 The Life of Jennie Isabelle

Put your face in a costume from Jennie Isabelle's homelands.

German and Jewish (Ashkenazic): topographic name for someone who lived beside a spring or well, Middle High German brun(ne) ‘spring’, or habitational name for someone from a place named with this word.