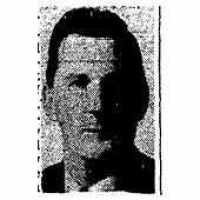 The Life of Richard Franklin

Put your face in a costume from Richard Franklin's homelands.

A short-lived Cabinet department which was concerned with controlling the excesses of big business. Later being split and the Secretary of Commerce and Labor splitting into two separate positions.
1904 · William H. Fuller Grows 70 Acres of Rice

Rice is one Arkansas leading crops, in 1904 William H. Fuller planted 70 acres of rice, this act is what started the making rice the leading crop in Arkansas.
1917

1 English: from the Middle English personal name Toll, Old English Toll, or Old Norse Tóli, the latter being derived from a reduced form of a compound name such as þórleifr (composed of the elements þórr, name of the Scandinavian god of thunder ( see Thor ) + leifr ‘relic’) or þórleikr (composed of the elements þórr + leikr ‘sport’, ‘play’).2 English: topographic name from toll ‘clump of trees’, a dialect term of Kent, Sussex, and Hampshire.3 German: nickname from Middle High German tol, dol ‘foolish’, also ‘pretty’ or ‘handsome’.