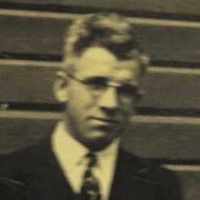 The Life of Cyrus Vergil

Put your face in a costume from Cyrus Vergil's homelands.

This Act set a price at which gold could be traded for paper money.
1900 · Frederick Weyerhaeuser's Logging Business

Weyerhaeuser Company started with 900,000 acres of timberland, with barely 3 employees and a small office in Tacoma, Washington. It has grown to become one of the largest sustainable forest products companies in the world.
1916 · The First woman elected into the US Congress