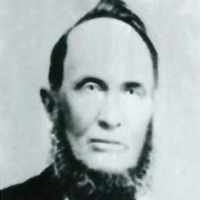 Put your face in a costume from Samuel P's homelands.

The Crimes Act was made to provide a clearer punishment of certain crimes against the United States. Part of it includes: Changing the maximum sentence of imprisonment to be increased from seven to ten years and changing the maximum fine from $5,000 to $10,000.
1 English: from Middle English more ‘moor’, ‘marsh’, ‘fen’, ‘area of uncultivated land’ (Old English mōr), hence a topographic name for someone who lived in such a place or a habitational name from any of the various places named with this word, as for example Moore in Cheshire or More in Shropshire.2 English: from Old French more ‘Moor’ (Latin maurus). The Latin term denoted a native of northwestern Africa, but in medieval England the word came to be used informally as a nickname for any swarthy or dark-skinned person.3 English: from a personal name (Latin Maurus ‘Moor’). This name was borne by various early Christian saints. The personal name was introduced to England by the Normans, but it was never as popular in England as it was on the Continent.

(Her daughter, Isabelle Martin Smith, copied the items down as her mother gave them to her. Sophronia had a small book that she had made notations of events as they happened, and the language is hers. …