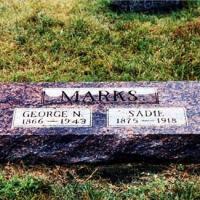 The Life Summary of George Nelson

Put your face in a costume from George Nelson's homelands.

After the Assassination of William McKinley, Theodore Roosevelt was sworn in as the Twenty-sixth President of the United States. During his first term he didn't have a Vice President but for his second term Charles W. Fairbanks filled the position.