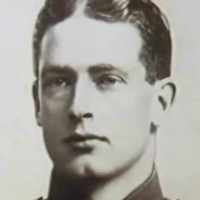 The Life of Archibald

When Col. Archibald Christie was born on 30 September 1889, in Peshawar, Peshāwar, Khyber Pakhtunkhwa, Pakistan, his father, Archibald Richards Christie, was 40 and his mother, Ellen Ruth Coates, was 28. He married Dame Agatha Mary Clarissa Miller on 24 December 1914, in Clifton St Andrew, Gloucestershire, England, United Kingdom. They were the parents of at least 1 daughter. He lived in Bengal, India in 1889 and Hampstead, London, England, United Kingdom in 1939. He died on 20 December 1962, in London, England, United Kingdom, at the age of 73, and was buried in Mount Herzl National Cemetery, Jerusalem, Jerusalem, Israel.

Tower Bridge was completed in 1894. It is built across the Thames and is a suspension bridge. It has gothic towers on either side of it and is sometimes confused with the London Bridge. It is also the oldest bridge in London.
1908

Scottish: from the personal name Christie, a pet form of Christian .