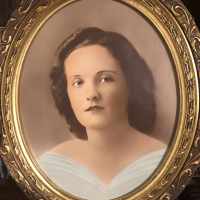 The Life of Bessie Duane

Put your face in a costume from Bessie Duane's homelands.

This was taken at my wedding reception. Dee Robinson and I were married in the morning at the Losa Angles Temple, then had a reception at an LDS chapel in Huntington Beach.