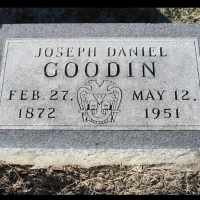 The Life of Joseph Daniel

Put your face in a costume from Joseph Daniel's homelands.

English: perhaps a variant of Gooding or an Americanized spelling of French Godin .