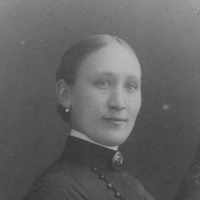 When Mary Lewis was born on 18 November 1867, in Dalry, Ayrshire, Scotland, United Kingdom, her father, Alexander Lewis, was 40 and her mother, Margaret Orr, was 37. She had at least 1 son and 3 daughters with John Robinson. She died on 21 January 1954, in Beith, Ayrshire, Scotland, at the age of 86.

The Representation of the People (Scotland) Act 1868 was passed by Parliament and allowed for the creation of seven additional Scottish seats in the House of Commons. Along with the seats, Two University constituencies were created. These each returned one member to Parliament.
1884

Art Nouveau Period (Art and Antiques).
1890 · Opening of the Forth Railway Bridge.