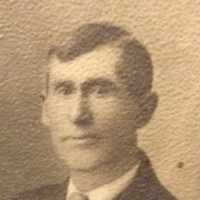 The Life of Colonel Frank Wolford

Put your face in a costume from Colonel Frank Wolford's homelands.

"While attending the play ""Our American Cousin"" in Ford's Theatre, actor John Wilkes Booth climbed up the stairs to the suite that President Abraham Lincoln and his wife resided. Once inside the suite Booth pulled out his pistol and shot The President in the head. In critical condition The President was carried out of the theatre for urgent medical attention. Unfortunately, Lincoln died the following day. Abraham Lincoln was the first American president to be assassinated, and his death caused a period of national mourning both in the North and South."
1886

English: from Middle English colhope, col(l)hop ‘fried eggs and ham or bacon’, which Reaney believes to have been applied as a metonymic occupational name for the keeper of a cook house.