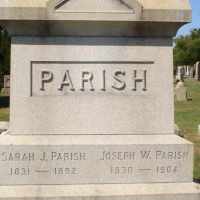 The Life of Joseph Warren

Put your face in a costume from Joseph Warren's homelands.

Being a second spiritual and religious awakening, like the First Great Awakening, many Churches began to spring up from other denominations. Many people began to rapidly join the Baptist and Methodist congregations. Many converts to these religions believed that the Awakening was the precursor of a new millennial age.
1839 · Dueling Prohibited

February 20, 1839, Congress prohibits dueling in Washington D.C. It is inspired by the incident where William Graves, a Kentucky Rep. is killed by Jonathan Cilley, a Maine Rep.
1851 · Fire Devastates the Library of Congress

On Christmas Eve 1851, 35,000 of the volumes including many of Thomas Jefferson's own personal collections are lost in a fire that destroys two-thirds of the Library of Congress.