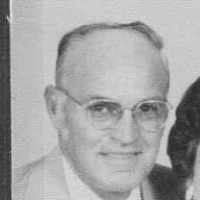 The Life of James Ray

Put your face in a costume from James Ray's homelands.

The Flood Control Act of 1944 was passed and would later be called the Pick-Sloan Missouri Basin Program. It was named after the authors of the program Lewis A. Pick and William Glenn Sloan. It began as two separate plans but they both had the idea for an irrigation system that would help with the flooding of the Missouri River.
1947 · The Presidential Succession Act

Probably Danish or southern Swedish in origin, a respelling of a habitational name formed with -rup ‘village’, ‘hamlet’ (Old Norse þorp) as the second element.