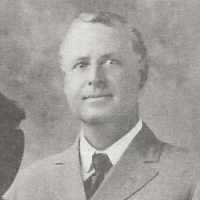 This Act was to restrict the power of the President removing certain office holders without approval of the Senate. It denies the President the power to remove any executive officer who had been appointed by the president with the advice and consent of the Senate, unless the Senate approved the removal during the next full session of Congress. The Amendment was later repealed.
1869 · Transcontinental Railroad Reaches San Francisco

The first transcontinental railroad reached San Francisco in 1869. The Western Pacific Railroad Company built the track from Oakland to Sacramento. The Central Pacific Railroad Company of California built the section from Sacramento to Promontory Summit Utah. The railroad linked isolated California to the rest of the country which had far-reaching effects on the social and economical development of the state.
1890 · The Sherman Antitrust Act