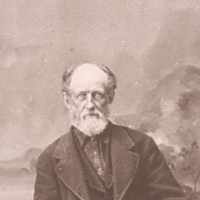 The Life of William David

Being a second spiritual and religious awakening, like the First Great Awakening, many Churches began to spring up from other denominations. Many people began to rapidly join the Baptist and Methodist congregations. Many converts to these religions believed that the Awakening was the precursor of a new millennial age.
1854 · The Creation of the Republican Party

Variant spelling of English Medbury, a habitational name from Medbury Farm in Bedfordshire.