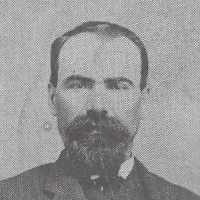 The Life of Michel

Put your face in a costume from Michel's homelands.

1 French: from a reduced form of the Germanic personal name Hildo ( see Hildebrand , Houde ).2 French: habitational name from any of several places in Normandy called La Houle or Les Houles, named in Old French with the singular or plural of houle ‘cave’.3 English: variant of Hole .

Michel Houle was the spokesman for the city of Hugo, Minnesota and selected the name of Hugo. In 1864 he moved to Duluth, Minnesota and enlisted in Company B Independent Cavalary and for two years fo …