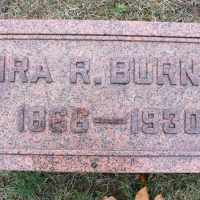 The Life of Ira Rush

Put your face in a costume from Ira Rush's homelands.

This Act was to restrict the power of the President removing certain office holders without approval of the Senate. It denies the President the power to remove any executive officer who had been appointed by the president with the advice and consent of the Senate, unless the Senate approved the removal during the next full session of Congress. The Amendment was later repealed.
1877 · First National Strike in U.S. Begins In Pittsburgh Against Pennsylvania Railroad

Coming out of an economic crisis, everyone was worried when cuts started happening in the railroad. They went on what would the great railroad strike of 1877.
1884 · Iron Mining starts in Minnesota

1 Scottish and northern English: topographic name for someone who lived by a stream or streams, from the Middle English nominative plural or genitive singular of burn ( see Bourne ).2 Scottish: variant of Burnhouse, habitational name from a place named with burn ‘stream’ + house ‘house’.3 Irish: Anglicized form of Gaelic Ó Broin ( see Byrne ).