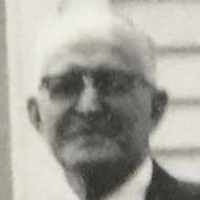 The Life of Hans H.

Put your face in a costume from Hans H.'s homelands.

A landmark decision of the U.S. Supreme Court upholding the constitutionality of racial segregation laws for public facilities if the segregated facilities were equal in quality. It's widely regarded as one of the worst decisions in U.S. Supreme Court history.
1915 · Home of the Federal Reserve Bank for the Ninth District

The first building for the Federal Reserve bank in Minneapolis was completed in 1915 and was a peculiar structure. It had no windows on the lower walls close to the street and later, a small skyscraper was added to the top. It was created to serve the states of Montana, North and South Dakota, Minnesota, and the northern parts of Wisconsin and Michigan. Even though it covers a wide area, it serves the smallest population base of the entire reserve system. Today the Federal Reserve is housed in three buildings that are housed a few blocks away from each other.

Norwegian: habitational name from a place so called.