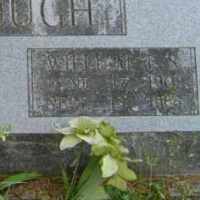 The Life of William Irwin Stone

Put your face in a costume from William Irwin Stone's homelands.

A law that funded many irrigation and agricultural projects in the western states.
1904 · William H. Fuller Grows 70 Acres of Rice

Rice is one Arkansas leading crops, in 1904 William H. Fuller planted 70 acres of rice, this act is what started the making rice the leading crop in Arkansas.
1918 · Attempting to Stop the War