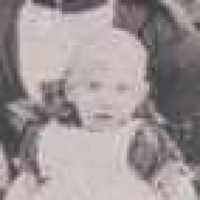 The Life of Arthur George

When Arthur George Steel was born on 22 September 1894, in Tresco, Cornwall, England, United Kingdom, his father, Frederick Charles Steel, was 28 and his mother, Alice Louisa Goddard, was 29. He lived in England, United Kingdom in 1911. He died on 28 March 1918, in French Flanders, France, at the age of 23, and was buried in Namps-Maisnil, Somme, Picardie, France.

Put your face in a costume from Arthur George's homelands.

The Entente Cordiale was signed between Britain and France on April 8, 1904, to reconcile imperial interests and pave the way for future diplomatic cooperation. This ended hundreds of years of conflict between the two states.
1905 · The Law Separates Church and State

In December of 1905 a law was passed that separated church and state. It made it so that prayer could not be said before a parliamentary meeting or in schools. It also made it so that working on Sunday was legalized.