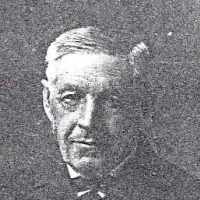 The Life of Jedediah M

Put your face in a costume from Jedediah M's homelands.

Convinced that a group of Native American tribes were hostile, The United States formed a frontier militia to stop them in their tracks. Even though Black Hawk was hoping to avoid bloodshed while trying to resettle on tribal land, U.S. officials opened fire on the Native Americans. Black Hawk then responded to this confrontation by successfully attacking the militia at the Battle of Stillman's Run and then left northward. After a few months the militia caught up with Black Hawk and his men and defeated them at the Battle of Wisconsin Heights. While being weakened by hunger, injuries and desertion, Black Hawk and the rest of the many native survivors retreated towards the Mississippi. Unfortunately, Black Hawk and other leaders were later captured when they surrendered to the US forces and were then imprisoned for a year.
1848 · The California Gold Rush

On January 24, 1848, gold was found at Sutter’s Mill in Coloma, California, which began the California gold rush. In December of that same year, U.S. President James Polk announced the news to Congress. The news of gold lured thousands of “forty-niners” seeking fortune to California during 1849. Approximately 300,000 people relocated to California from all over the world during the gold rush years. It is estimated that the mined gold was worth tens of billions in today’s U.S. dollars.
1857 · 7.9 Earthquake In Fort Tejon