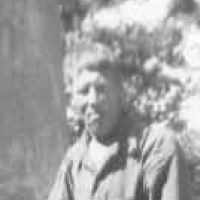 The Life of Karl Alexander

Put your face in a costume from Karl Alexander's homelands.

After the explosion of the USS Maine in the Havana Harbor in Cuba, the United States engaged the Spanish in war. The war was fought on two fronts, one in Cuba, which helped gain their independence, and in the Philippines, which helped the US gain another territory for a time.
1913 · The Woolworth Building Opens as the Tallest Building in the World

At 792 feet above Broadway, the Woolworth Building became the tallest building in the world and held the record for 17 years. The Woolworth Building was overshadowed by the Chrysler Building at 1,046 feet in 1930 and the Empire State Building at 1,454 feet in 1931. Retailer and mogul Frank W. Woolworth commissioned the Woolworth Building in 1910 with the intent of his namesake building to be the tallest in the world. The 13 million dollar project was financed in cash by Woolworth which allowed him freedoms in the design and construction of the ornate, gothic building. An opening ceremony was held on April 24, 1913 at which President Woodrow Wilson pressed a button from the White House and lit the historic building in New York City.
1919 · The Eighteenth Amendment

1 North German, Danish, and Dutch: topographic name for someone who lived near a post or pole (Middle Low German, Middle Dutch post, from Latin postis), presumably one of some significance, e.g. serving as a landmark or boundary, or a habitational name from any of several places in northern Germany called Post, probably from this word.2 North German: occupational name for a mounted messenger or courier Middle Low German post.3 Jewish (Ashkenazic): metonymic occupational name for a mailman, from German Post ‘mail’.