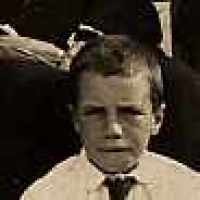 The Life of Vearl Levi

Put your face in a costume from Vearl Levi's homelands.

This Act set a price at which gold could be traded for paper money.
1903 · Ford Motor Company

"Henry Ford built his first gasoline-powered vehicle, named the Quadricycle, in 1896, at his home in Detroit. Ford sold the Quadricycle for $200 and used the money to build a second car. In 1901, Ford raced his car ""Sweepstakes"" against Alexander Winton and won. The victory resulted in publicity for Ford which allowed him to gain investors for his new company, Ford Motor Company. The first Model A was sold on July 23, 1903, and the company was incorporated on November 13, 1903."
1916 · The First woman elected into the US Congress

English: of uncertain origin, perhaps, as Reaney suggests, from a pet form of the Old English personal name Wippa, or perhaps a topographic name for someone who lived by a whipple tree, whatever that may have been. Chaucer lists whippletree (probably a kind of dogwood) along with maple, thorn, beech, hazel, and yew.