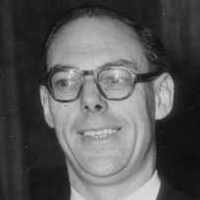 The Life of Denis

When Sir Denis Thatcher was born on 10 May 1915, in Lewisham, London, England, United Kingdom, his father, Thomas Herbert Thatcher, was 29 and his mother, Lilian Kathleen Bird, was 26. He married Margaret Doris Kempson on 28 March 1942. He died on 26 June 2003, in his hometown, at the age of 88, and was buried in Chelsea, London, England, United Kingdom.

Put your face in a costume from Denis's homelands.

The Boeing Aircraft was named and created by William Boeing. The first two planes were Bluebill and Mallard and the first flight was July 15, 1916. Boeing aircrafts made their debut during WWI.
1918

English: occupational name for a thatcher, someone who covered roofs in straw, from an agent derivative of Middle English thach(en) ‘to thatch’ (Old English þæccan ‘to cover or roof’).