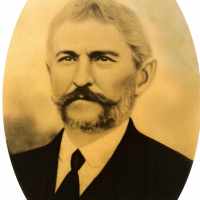 The Life of Teodoro

Teodoro Strobl was born on 9 May 1872, in Munich, Bavaria, Germany as the son of Georg Strobl and Creszens Kaiser. He married Barbara Liedl in 1893, in Munich, Bavaria, Germany. They were the parents of at least 2 sons. He died on 24 August 1954, in Dolavón, Gaimán, Chubut, Argentina, at the age of 82, and was buried in Dolavón, Gaimán, Chubut, Argentina.

Put your face in a costume from Teodoro's homelands.