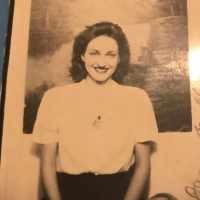 The Life of Arah Jane

Put your face in a costume from Arah Jane's homelands.

Warrant G. Harding died of a heart attack in the Palace hotel in San Francisco.
1941 · The Tuskegee Airmen

The first African-American military aviators in the U.S. Army Air Corps were known as the Tuskegee Airmen, after the Tuskegee Army Air Field where they trained. The group flew over 15,000 individual sorties during World War II which earned them over 150 Distinguished Flying Crosses.
1944 · The G.I Bill