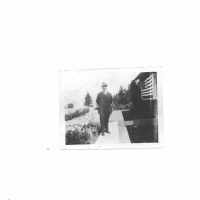 When John Wynne was born on 20 April 1879, in County Carlow, Ireland, his father, George Wynne, was 39 and his mother, Catherine Watters, was 35. He married Fanny Condor Buttle Swale in 1916, in Chorlton, Lancashire, England, United Kingdom. They were the parents of at least 1 son. He lived in Ireland in 1879. He died on 4 October 1953, in Vancouver, British Columbia, Canada, at the age of 74.

Irish War of Independence against Britain ending in the Anglo Irish Treaty.
1920

In the Government of Ireland Act 1920, Ireland was partitioned, with the unionist-dominated north east becoming Northern Ireland.
1937