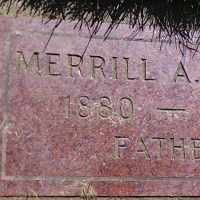 The Life of Merrill Adams

Put your face in a costume from Merrill Adams's homelands.

In 1877, copper mining began in Butte, Montana.
1881 · The Assassination of James Garfield

English: possibly from Middle English smethe ‘smooth’, hence a topographic name for someone who lived on a piece of smooth, level ground, or a nickname from the same word used in a transferred sense for someone of an amiable disposition. Alternatively, it could be a topographic or metonymic occupational name from Old English smiððe, smeðe ‘smithy’, or a habitational name from a place named with this word, as for example Smeeth in Kent.