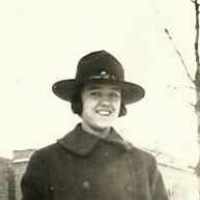 This Act set a price at which gold could be traded for paper money.
1900 · The Chicago Sanitary and Ship Canal

Historically known as the Chicago Drainage Canal, the Chicago Sanitary and Ship Canal is a canal system that connects the Chicago River to the Des Plaines River. It reverses the direction of the Chicago River, which now flows out of Lake Michigan rather than into it. It is one of two canals that helps navigation to ships traveling between the Great Lakes Waterway and the Mississippi River system.
1920

1 Scandinavian, English, Dutch, and Jewish (Ashkenazic): topographic name for someone who lived by a lime tree, Middle English lind. As a Jewish and Swedish name, it is often of ornamental origin.2 South German, and Jewish (Ashkenazic): nickname for a gentle, tolerant man, from Middle High German lint, linde ‘gentle’, ‘mild’.3 North German and Danish: habitational name from any of various places named with Lind ‘lime tree’.