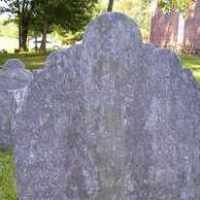 When Col. William Shute Jr. was born on 25 September 1704, in Oldmans Creek, Salem, New Jersey, United States, his father, William Shute Sr., was 39 and his mother, Mary M Clark, was 39. He had at least 7 sons and 4 daughters with Ann Jones. He died on 1 October 1766, in his hometown, at the age of 62, and was buried in Swedesboro, Gloucester, New Jersey, United States.

English (Devon): habitational name from Shute or Shewte in Devon, or possibly Shute in Wiltshire, named with Old English scīete ‘corner of land’.