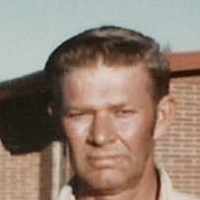 The Life of John Wayne

Put your face in a costume from John Wayne's homelands.

The Neutrality Acts were passed in response to the growing conflicts in Europe and Asia during the time leading up to World War II. The primary purpose was so the US wouldn't engage in any more foreign conflicts. Most of the Acts were repealed in 1941 when the Japanese attacked Pearl Harbor.
1941 · Comanche Code Talkers

Many Native Americans from Oklahoma were once again employed as code talkers during WWII to create a code impenetrable by enemies. Rather than Choctaw, a Comanche-language code was developed. Several of these men were sent to invade Normandy to send messages. None of the men were killed and the Comanche code was never broken.
1950