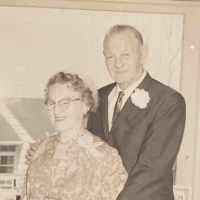 The Life of Adelaide Matilda

Put your face in a costume from Adelaide Matilda's homelands.

This Act set a price at which gold could be traded for paper money.
1914 · Florida Involvement in World War I

Florida contributed to World War I in several ways. The state's open land and warm climate made for a great military training location. Additional technological and agricultural developments took place in Florida as well. Roughly 42,030 Floridians joined the troops during 1917 and 1918.
1923 · The President Dies of a Heart Attack

1 English: regional name for someone from the county of Cornwall, from Middle English corneys, cornysh. Not surprisingly, the surname is common in adjacent Devon, but it is also well established as far afield as Essex and Lancashire.2 Possibly also an Americanized spelling of German Kornisch, a nickname for a sickly or weak person, from Sorbian krne ‘weak’, ‘poor’.