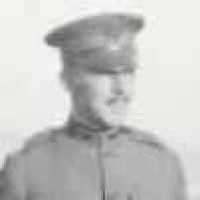 The Life of Harold Tolman

Put your face in a costume from Harold Tolman's homelands.

The Flag of Minnesota was adopted on August 2 and consists of scenes from the seal of Minnesota. The flag has been modified over the years to be easier to manufacture.
1906 · Great San Francisco Earthquake

A 7.8 magnitude earthquake shook San Francisco for approximately 60 seconds on April 18, 1906. A 1906 report by US Army Relief Operations recorded the death toll for San Francisco and surrounding areas at 664. Later reports record the number at over 3,000 deaths. An estimated 225,000 people were left homeless from the widespread destructuction as 80% of the city was destroyed.
1914 · The Man With The First Air Conditioned Home