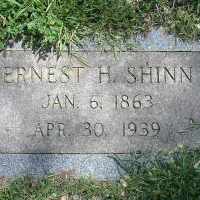 The Life of Ernest Herbert

Put your face in a costume from Ernest Herbert's homelands.

1862 · The Battle of Fredericksburg

The Battle of Fredericksburg involved 200,000 troops with General Ambrose Burnside of the army of the Potomac against General Lee’s Army of the North.
1863