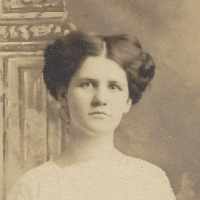 The Life of Margery Evangeline

Put your face in a costume from Margery Evangeline's homelands.

This Act tried to prevent the raising of prices by restricting trade. The purpose of the Act was to preserve a competitive marketplace to protect consumers from abuse.
1898 · Florida Involvement in Spanish-American War

Florida played a critical role during the Spanish-American War. The port of Tampa saw the arrival of over 30,000 troops; this traffic resulted in the small town experiencing massive growth and becoming a city. Cuban-Americans across the state also helped with raising money and support for the war.
1914 · Florida Involvement in World War I