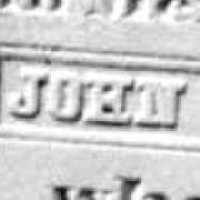 When John Jaques was born on 8 October 1782, in Hinderwell, Yorkshire, England, United Kingdom, his father, John Jaques, was 20 and his mother, Elisabeth, was 16. He married Jane Bulmer on 16 April 1804, in York, Yorkshire, England, United Kingdom. They were the parents of at least 6 sons and 1 daughter. He died on 3 October 1850, in Salem, Cramahe, Northumberland, Ontario, Canada, at the age of 67, and was buried in Salem, Cramahe, Northumberland, Ontario, Canada.

The first fleet of convicts sailed from England to Australia on May 13, 1787. By 1868, over 150,000 felons had been exiled to New South Wales, Van Diemen's Land, and Western Australia.
1789 · The Interesting Narrative of the Life of Olaudah Equiano