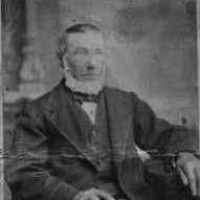 Put your face in a costume from William Obadiah's homelands.

Iowa is the 29th state.
Altered form of German Schreckengast, a nickname from Middle High German schreck (imperative of schrecken ‘to frighten’) + den gast ‘the guest’, presumably a nickname for an unfriendly innkeeper.