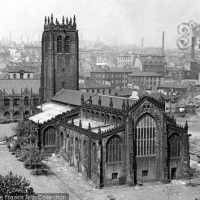 Ann Haigh was born on 14 April 1818. She married Joe Dixon on 18 September 1853, in Halifax, Yorkshire, England, United Kingdom. They were the parents of at least 1 son and 3 daughters.

English (chiefly Yorkshire): topographic name for someone who lived by a hedged or fenced enclosure (Old English haga), or a habitational name from a place named with this word (or its Old Norse cognate hagi), especially three places called Haigh, two in West Yorkshire and the other near Manchester.

There are no historical documents attached to Ann.