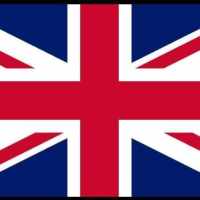 When Thomas Bartholomew was born on 10 October 1595, in Warborough, Oxfordshire, England, his father, Thomas Bartholomew, was 38 and his mother, Elizabeth James, was 27. He married Margarett Baker on 9 January 1626, in St Andrew by the Wardrobe with St Ann Blackfriars, London, England, United Kingdom. They were the parents of at least 6 sons and 2 daughters. He died in 1670, in England, at the age of 75.

The Honourable East India Company, a British joint-stock company, was established in 1600 for trade in the Indian Ocean region. At its height, the British East India Company had a private army which was twice the size of the British Army, ruled large sections of India, and revenues in the millions.
1620 · The Pilgrims Board the Mayflower

English: from a medieval personal name, Latin Bart(h)olomaeus, from the Aramaic patronymic bar-Talmay ‘son of Talmay’, meaning ‘having many furrows’, i.e. rich in land. This was an extremely popular personal name in Christian Europe, with innumerable vernacular derivatives. It derived its popularity from the apostle St. Bartholomew (Matthew 10:3), the patron saint of tanners, vintners, and butlers. As an Irish name, it has been used as an Americanized form of Mac Pharthaláin ( see McFarlane ).