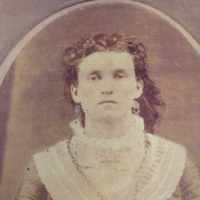 Put your face in a costume from Lucinda Ellen's homelands.

Yellowstone National Park was given the title of the first national park by the U.S. Congress and signed into law by President Ulysses S. Grant. It is also believed to be the first national park in the world.
1 English (Suffolk): of uncertain origin, possibly an occupational name for a peasant or agricultural laborer, a variant of Hine , with the addition of the Middle English agent suffix -er.2 Americanized spelling of German Heiner .